Some people choose to have rabbits, some have rabbits thrust upon them. In the winter of 2013 we became the latter. Relatives were moving and asked us to look after their pair of buns for a few months while between homes, so we said yes. Within a fortnight we’d fallen completely in love with these weird little creatures and, with kind permission of the relatives who saw how happy they were in their new home (and how happy they made us), Bunminster and Bunzilla became our fur babies.

We’d never contemplated having rabbits before so it was a huge learning curve. It turns out rabbits are complex creatures with specific needs. And as prey animals they have evolved to be utterly inscrutable and unpredictable. A happy/sad rollercoaster of adventure was about to engulf us, all recorded on their Instagram feed, where we met hundreds of other rabbit owners around the world all struggling to understand their little dudes, too. 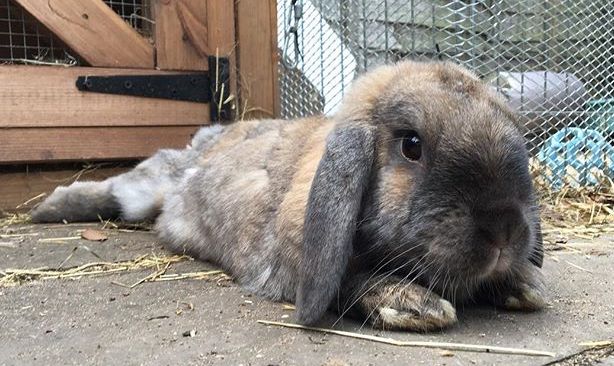 Professor Bunminster Fuller is the primo dude. He’s a six-year-old mongrel lop and despite his title he isn’t actually very bright. Adopted from our niece with his paramour the late Bunzilla, he’s the cutest little thing you ever did see. He’s an explorer who lives in a world of his own but he has also become a proper snugglebunny in his old age. Named after Pete’s favourite scientist Buckminster Fuller, he’s also known as Dude, Grumpy Tuftybutt, Idiot, Grumplebunskin and Boo. He’s been with us the longest and we love him sooooo much. 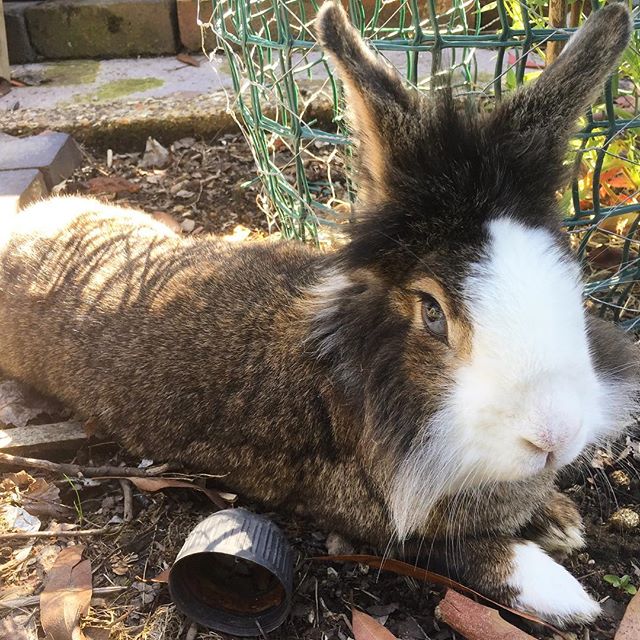 Clementine Bundango is a six-year-old lionhead with beautiful blue eyes who we adopted from Fat Fluffs in October 2016. We’d been struggling to bond Bunminster and Joy but didn’t want them to be alone (rabbits are sociable creatures) so we asked Adam at Fat Fluffs to give them each a new partner. To our surprise, rather than two couples he threw all four rabbits in one cage to produce a pack! In the end the new male (Bert) didn’t get on with the others and we just wanted happy rabbits so we came away with a trio. Ironically Bunminster and Joy are now besotted with each other and Clem was a bit of a third wheel in the relationship, though things have settled down nicely. She’s named after the character from Toast of London which we were watching at the time. She is also known as Cautious Clem, Clembomb and Clembo, and will only accept cuddles on her own terms.

Now binkying at the Rainbow Bridge…

Sadly, part of looking after rabbits is saying goodbye when they die. We’ve lost three over the years. 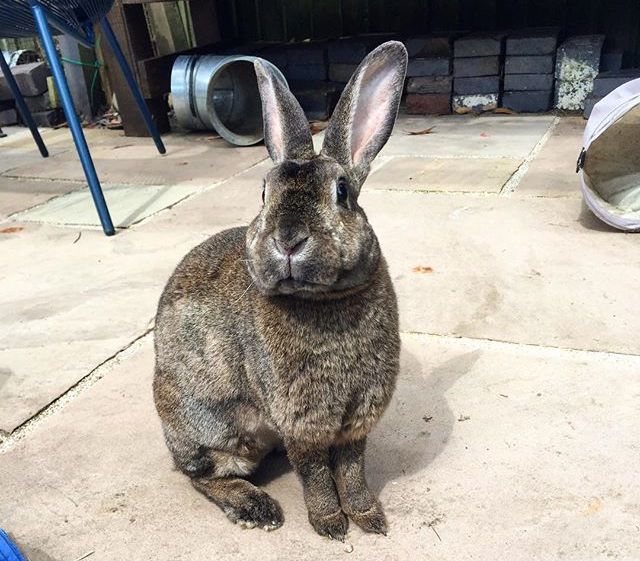 Joy, a black-ish rex, was named after Joy’s Wood, a nature reserve near us in Birmingham where she was dumped along with a few other rabbits in March 2016. We hope the person who did this thought they were doing the right thing because maybe then we could forgive them. Domestic rabbits cannot survive in the wild and Joy was near death when Fiona caught her (with lots of help from a sanctuary worker!). All the sanctuaries were full so we took her in for the night, and of course she never left. Once she recovered we discovered we’d been gifted the friendliest, sweetest, lickiest bun ever. She and Bunminster were inseparable and when she died in April 2018 we were heartbroken.

Read Joy’s story, as told by Fiona, on her Obituary page. 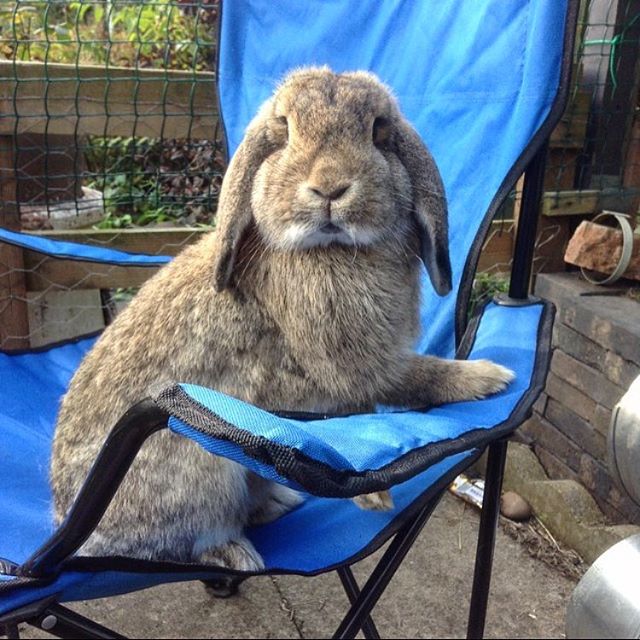 Lady Bunzilla Bartleby Bobbin von Thumperfoot, known to her friends as Bunzilla, was Bunminster’s bunwife. While we named him pretty immediately it took a while to find a name that suited her free-spirited larger-than-life temperament. Bunhilde was an option for a while but we decided she was definitely a monstrous bun-madam. She died in November 2015 after escaping from the garden. We’ve never known a rabbit quite like her and never expect to again. 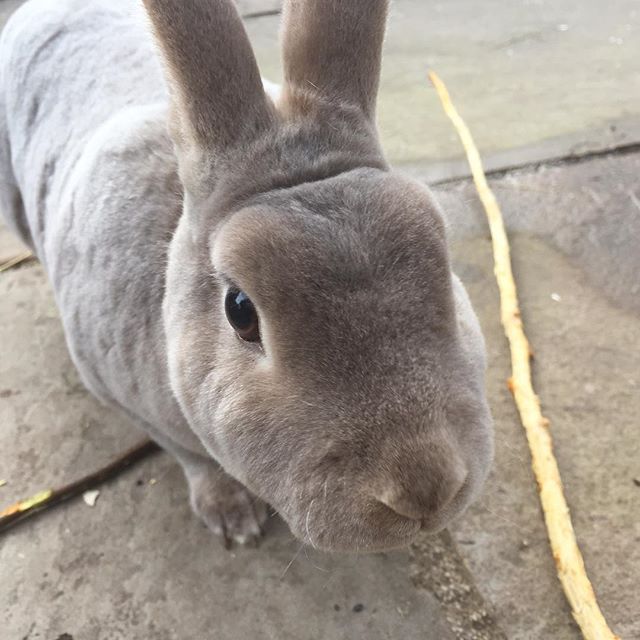 Berry, a beautiful, sweet and gentle velvet grey rex, was only with us for two months. After Bunzilla died we wanted to get Bunminster a new partner as soon as possible. Bonding two males wasn’t easy but they got on well at Wythall Animal Rescue so we had high hopes. Sadly once back home Bunminster got very territorial and bit a chunk out of Berry’s ear! We kept them separately after that but Berry soon became ill, developing a bezoar and dying just after new year. Our experience with Berry brought home the seriousness of committing to care for a rabbit and hard, upsetting lessons were learned. But those short weeks with him in our lives will always be cherished.